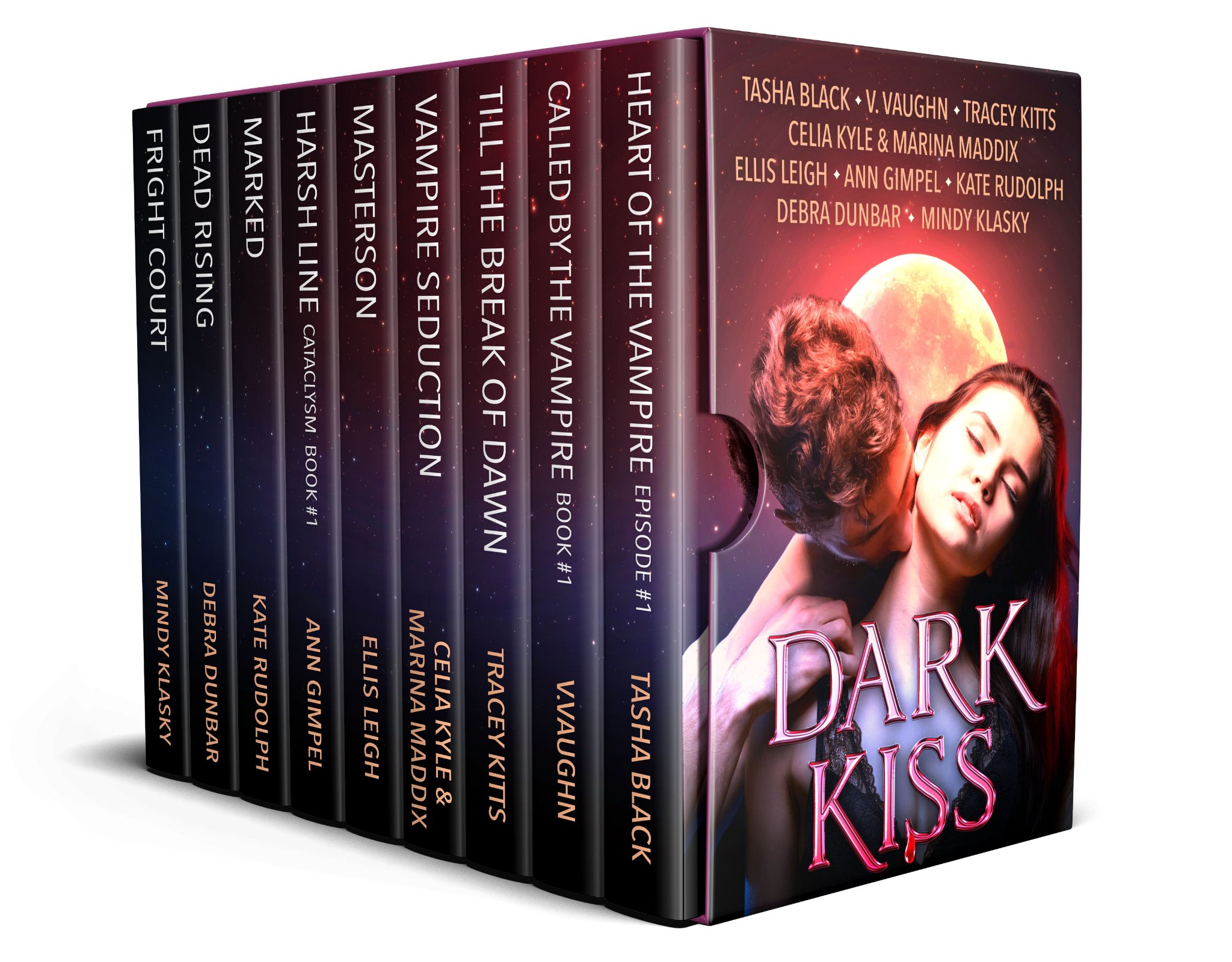 In the mood for vampire romance?

How about nine of them from NY Times, USA Today, and other bestselling authors.

This is a great way to explore new to you authors and check out first in series books. Hurry. This set is time limited.

Here’s  little bit about each book:

Bitten by a vampire, first night on the job!

My very existence is under attack. I’ve kept a low profile, told myself the craziness sweeping the world would pass me by. Yeah, it was wishful thinking, actually an outright lie, but it’s kept me sane.

One vampire. One huntress. One way to solve this problem…

Till the Break of Dawn by Tracey H. Kitts

So what if he’s immortal. It could work, right?

He’s accused of a crime he didn’t commit and she’s determined to get him off… in more ways than one.

Masterson holds himself to the highest of standards, but a chance encounter with a human woman in the most mundane of places turns his world on end. What’s a vampire to do when temptation for more than blood consumes him?

Heart of the Vampire by Tasha Black

Drucilla Holloway is desperate to finish writing her novel, desperate enough to take a job as a night clerk at a haunted hotel on the top of a snow-covered mountain, just to get some peace and quiet.

It’s the twenty-first century and Aria is not a Knight. She’s refused to take her oath, and instead is barely making ends meet as a part-time barista in Baltimore.

Called by the Vampire by V. Vaughn

A new heart, a new life and two new loves…