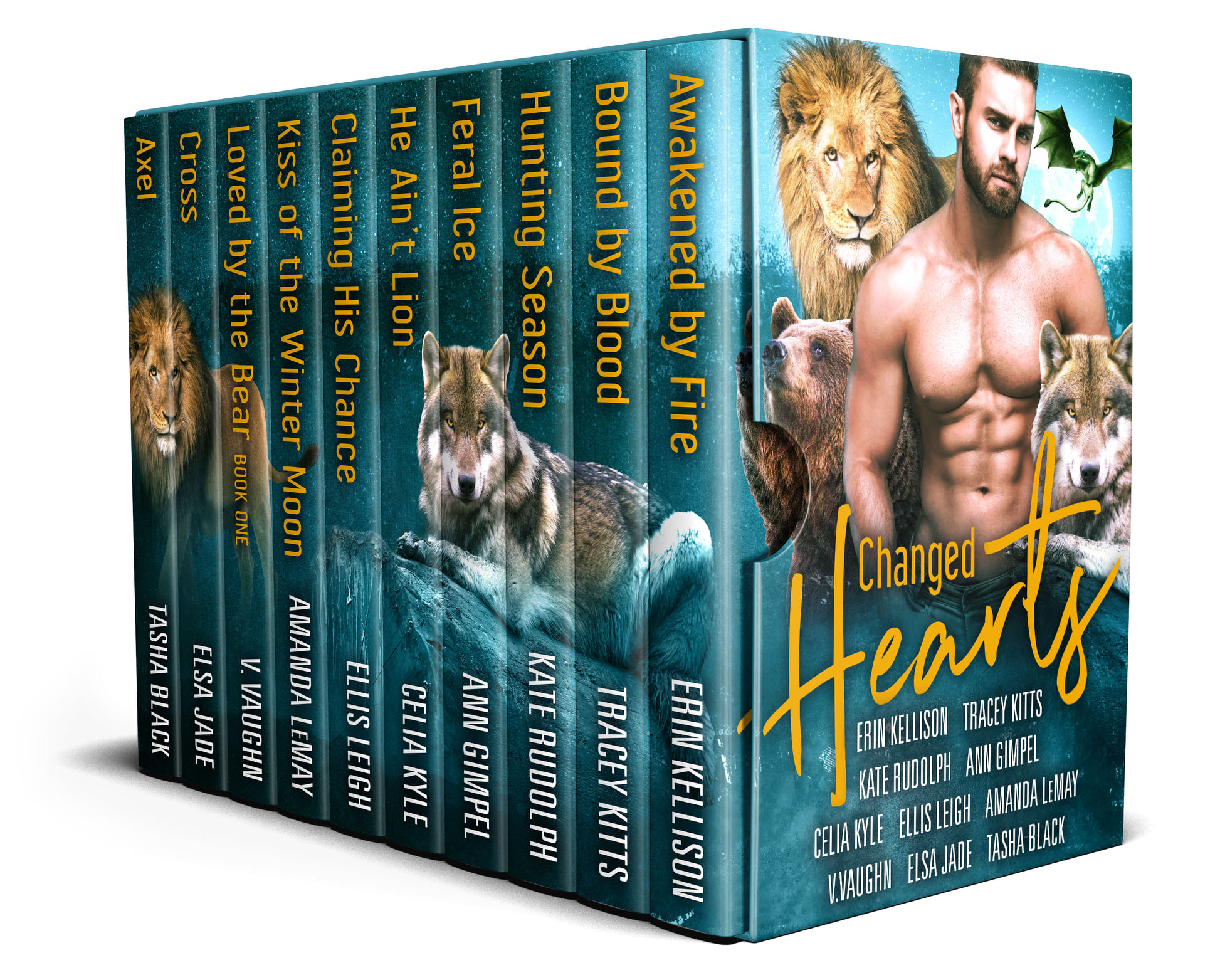 Escape into a good book, or ten, with us! NYT, USA Today and Bestselling authors have collaborated to bring you a collection of ten shifter romance books. It is our hope you enjoy our stories of fated love and find new authors to add to your must-read list. Happy Reading!

Awakened by Fire by Erin Kellison
Billionaire dragon shifter and Bloodkin Triad member Warrick Voclain is no stranger to power. But when his trusted steward’s beautiful granddaughter—all grown up and successful in her own right—seems to be using illegal magic in his presence, he is thrown for a loop.

Bound by Blood by Tracey H. Kitts
Nicole Austin has just inherited a curse. She is the next in line to become a badass vampire slayer. The problem is, she must drink some magical blood for the curse to take hold, and the side effects aren’t all pleasant.

Hunting Season by Kate Rudolph
Owen has one job: keep Stasia from being abducted. Easier said than done when his fiercely independent client tries to fire him the moment they meet. His werewolf senses howl to life and he’s certain of one thing: Stasia is his.

Feral Ice by Ann Gimpel
Doctor and biochemist, Erin signed up for six months aboard an Antarctic research ship to escape her stifling surgery practice. Jerked from her cozy cabin, she’s dumped in an ice cave by thieves who assume she’s dead. Far from it, she’s about to be swept into sensual dragonesque secrets far beneath the Antarctic ice.

He Ain’t Lion by Celia Kyle
Dumped like a rotting piece of meat by her ex, Maya is on the prowl, fixin’ to do whatever it takes to get herself a piece of the gorgeous furball. Besides, what’s the harm in a girl having a little bit of fun?

Claiming His Chance by Ellis Leigh
After a long year of tragedy and battles, Cahill of the Southern Appalachia pack is hoping to spend a little time alone on his mountain. But with no mate to worry about, the safety of the pack falls on his shoulders, as does paying off the guards he’d hired to keep the mountain safe while he was away.

Kiss of the Winter Moon by Amanda LeMay
I had a plan: Get out of San Francisco. Go home to Albuquerque. Start my new job. Two years under the stifling San Francisco pack rules made the wolf inside of me long to break free. Run wild. Feel the red clay of New Mexico beneath my paws.

Loved by the Bear by V. Vaughn
I’m not sure what I was hoping to find when I returned to my mother’s hometown in California twenty-five years after she’d moved to Maine. It sure wasn’t the hot stranger I had to leave behind when I got word my brother had been kidnapped. The guy was supposed to be a one-night stand…

Cross by Elsa Jade
Tyler Lang took the offer for a data-processing job in Sunset Falls, Montana—“Big Sky Country: Where the stars are close enough to touch!”—as a chance to escape a humiliating breakup.

Axel by Tasha Black
Axel adores baby Noah. Becoming a dad is the best thing that has ever happened to the burly bear-shifter mechanic, even if raising a child alone is hard. When help arrives in the form of a live-in nanny, Axel is ecstatic. His baby, Noah, loves her, and Axel’s inner bear is driven wild by the curvy little human woman.